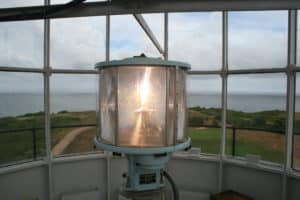 Cape Cod is more than just sand dunes and salty air. Of course, you can while away countless hours lolling on the beach, kayaking the kettle ponds and backwaters, or peddling miles of bike paths. But scratch the surface a bit and you’ll find countless ways to entertain yourself by digging a little deeper and looking a little closer at what makes this charming spit of sand so much fun to explore.

Visit the French Cable Station Museum
This small local museum with a big history sits at the corner of Cove Road and Route 28 in Orleans, MA. Site of an important telegraph communication link between the US and France, the cable, nearly 3200 miles long, was laid in 1898. It served as a command post for communication between General Pershing and France during WWI and brought news of Charles Lindbergh’s successful landing in Paris in 1927 .

Slurp Wellfleet Oysters
Wellfleet oysters are world-famous for their particular brininess and bright flavor. Served at raw bars and restaurants across the region, slurping the liquor of a freshly shucked oyster is simply sublime. For the adventurous bivalve fan, take a tour of one of the many oyster grants laying just offshore in the pristine waters of Cape Cod Bay.

Argggh, matey!: Discover Pirate Treasure
It’s a pirate’s life for me at the Whydah Pirate Museum in West Yarmouth. Commanded by the notorious pirate, Sam Bellamy, the pirate ship Whydah wrecked off the coast of Cape Cod in a horrific storm in 1717. The ship and its treasures plundered to the bottom of the sea, where they remained until discovered by underwater explorer, Barry Clifford. Witness the vast collection of gold coins, jewelry and other artifacts recovered from the wreck.

Batter Up!: Catch a Cape Cod Baseball League Game
It wouldn’t be summer on Cape Cod without catching at least one Cape Cod Baseball league game. 44 regular season games take place across the region from June through August every summer. Recognized as the best summer league in the nation, chances are you’ll see at least one future MBL player on deck each year. And best of all, it’s free.

Tour the Home of Cape Cod Potato Chips
Follow your nose to the Cape Cod Potato Chip factory in Hyannis and grab a handful of crunchy Cape Cod potato chips. From the original kettle-cooked chip to the more exotic flavors debuting each season, this hometown chip lures hundreds of thousands of visitors to its home in the backroads of the Cape. Take a self-guided tour to witness the humble potato evolve into the crunchy chip you just can’t resist.

Climb the Pilgrim Monument
2020 marks the 400th anniversary of the Pilgrims landing in Provincetown. The tower, rising 252 feet above the landscape, offers one of the most fantastic views of all Cape Cod. The bold and the brave climb 116 steps and 60 ramps to reach the pinnacle and breath in the vistas of sand and sea.

Take in a Performance at the Cape Playhouse
Stars of the silver screen and Broadway’s premier theaters graced the stage of the Cape Playhouse since its first season in the 1920s. Now a summer tradition for thousands of visitors to Cape Cod, the theater is lovingly known as the “Birthplace of the Stars”. Bette Davis, Ginger Rogers, Henry Fonda, and Bernadette Peters are among the heralded stars to perform here.

Tour a Lighthouse
Cape Cod is home to seven active lighthouses that protect sailors from the dangerous shoals of the Cape Cod seashore, and several more decommissioned lights that dot the coastline. Once known as the “Graveyard of the Atlantic”, more than 3,000 shipwrecks became victims to the turbulent tides. Whether you seek to simply photograph these iconic fixtures or climb to the beacon that shines at the top, hunting lighthouses is a great way to spend the day.

Plan your next visit to the Whalewalk Inn and Spa and make time to explore Cape Cod beyond the beach.