The quaint village of Nantucket, Massachusetts, is home to one of the country’s top craft spirits producers, Triple Eight Distillery. A brainchild of Nantucket Vineyard and Cisco Brewers, Triple Eight has gained a reputation for excellence along with a growing fan base. 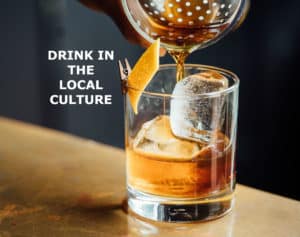 After achieving success in winemaking and craft brewing, it seemed making spirits was a good next step, so in 1997 with a copper pot and heaps of optimism, a new company was born. Fast forward to today, and Triple Eight Distillery has earned its place among America’s craft spirits, winning top honors from the the respected International Spirit Challenge, American Craft Spirit Association and the International Wine and Spirit competition, among others.

An early success was The Notch, a smooth-tasting single malt whiskey which comes in 8- 10- and 12-year varieties. The 10-year won a 2015 “Best in Category” designation from the American Distilling Institute and all three were awarded a “Liquid Gold” status in Jim Murray’s Whiskey Bible.

The company takes its name from the local water source, well number 888, and takes pride in calling Nantucket home base. They happily welcome visitors to stop by for a tour and tastings.

Be sure to include the distillery in your day’s adventure in Nantucket. There are two ferry lines that depart Hyannis (a 25-minute drive from the Inn) for the island. Check with us for the best place to sit on the ferry for a bird’s eye view of the Kennedy compound.